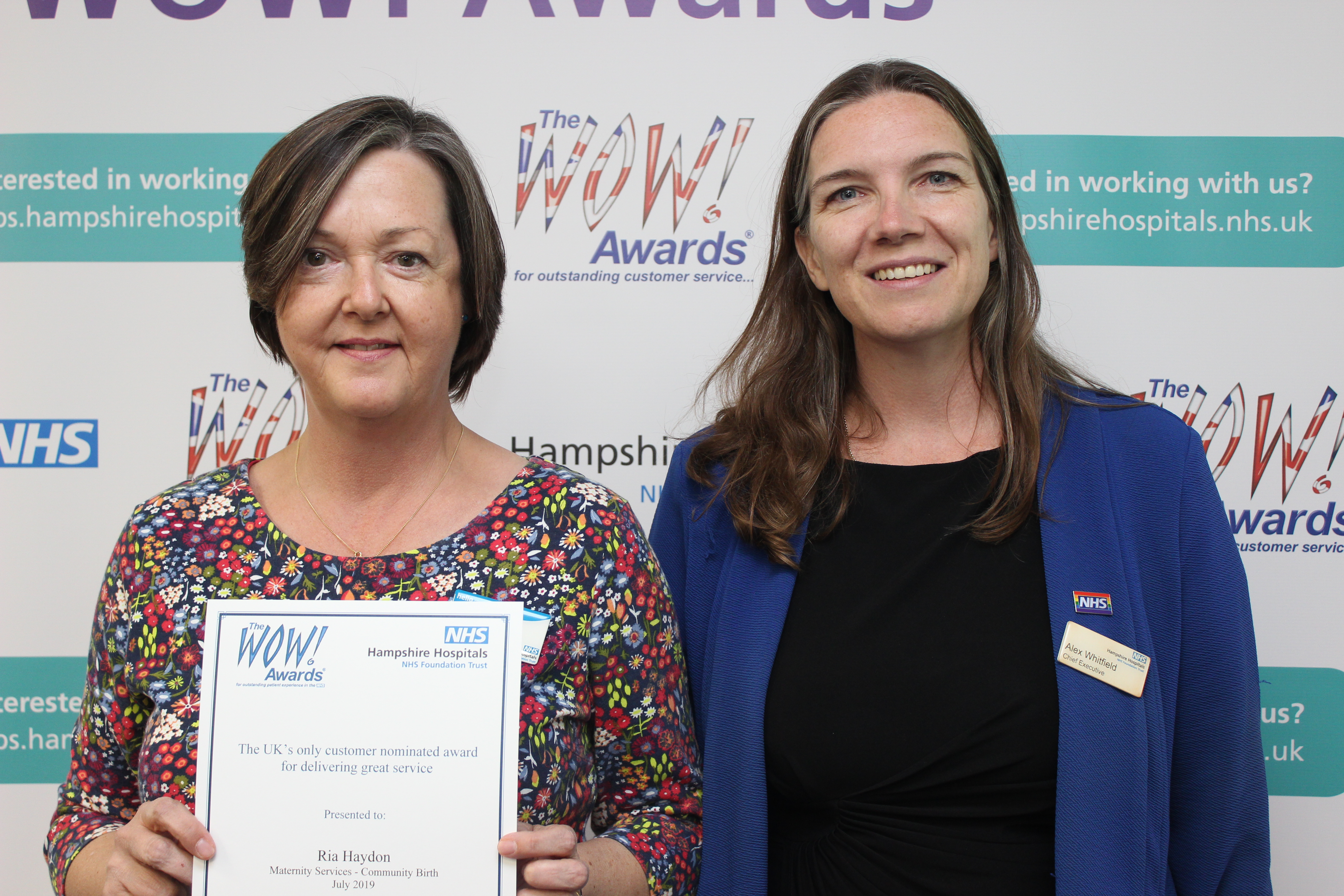 Staff from across Hampshire Hospitals NHS Foundation Trust were recognised for their outstanding patient care during a special lunch held for WOW! Award winners.

More than 25 winners, from midwifes and sisters to porters and management assistants, attended the event at Royal Hampshire County Hospital alongside senior staff, directors and governors of the Trust.

The WOW! Awards are a national award system that recognise outstanding customer service. Hampshire Hospitals staff can be nominated for an award by their colleagues, patients or visitors, with a handful of winners selected by the trust’s public governors each month.

Ria Haydon, a community midwife based at Basingstoke and North Hampshire Hospital, was one of many attendees at the event. Ria received her WOW Award for assisting in the unexpected resuscitation of a three-day-old baby.

The nomination, which was submitted by her colleagues, praised Ria for performing resuscitation perfectly, staying professional and collected, keeping the mother calm throughout and saving the baby’s life.

Ria, who has been a qualified midwife for more than 22 years, said: “I was visiting a couple in the community, when the baby suddenly went limp.

“In all my years of being qualified, I had never experienced anything like this before and I am just pleased that the baby made a full recovery.

“It feels incredible to win a WOW! Award and to be recognised for doing your job well. It makes me feel very proud to be a community midwife.” 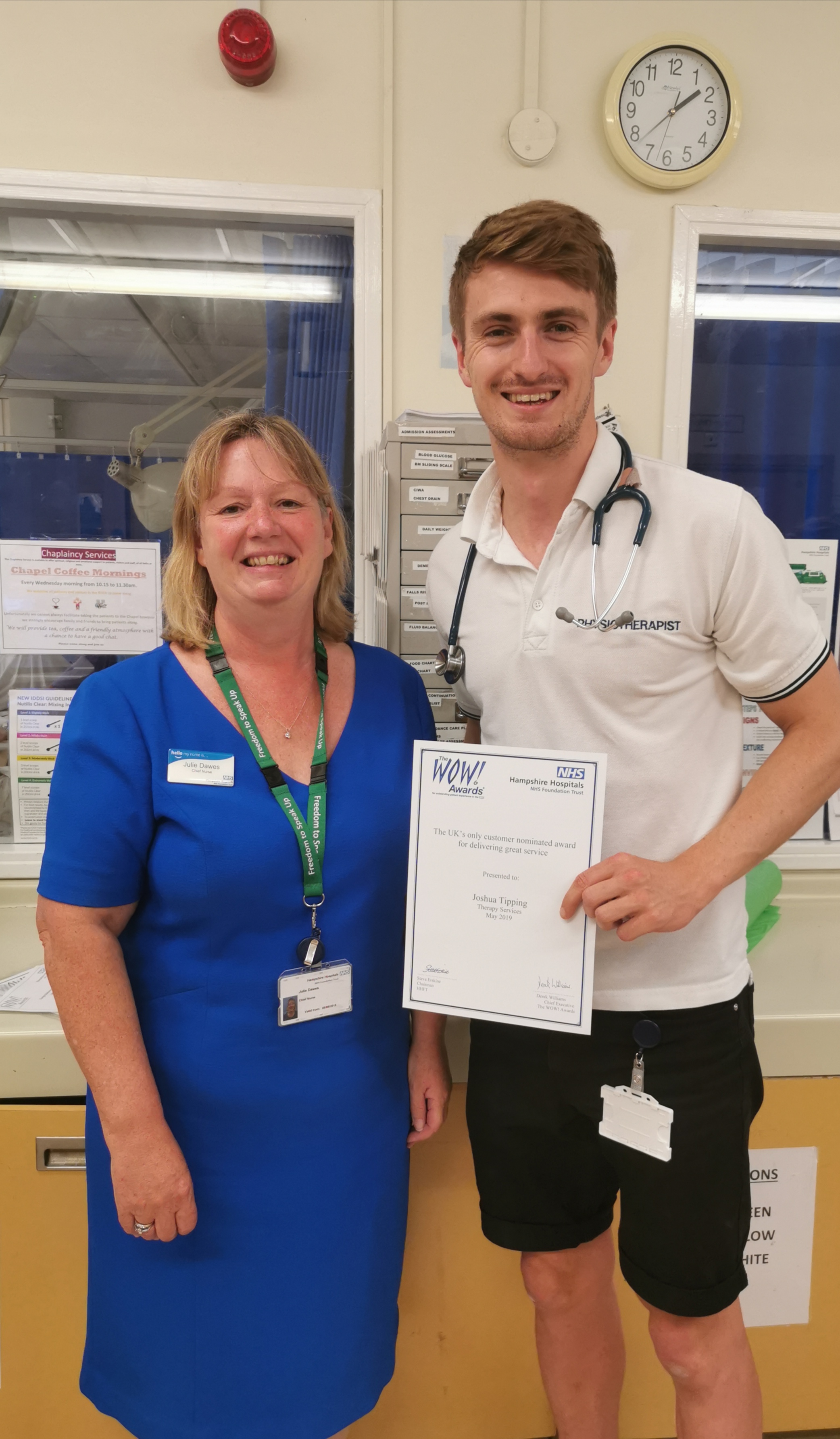 Another WOW! Award winner attending the event was Joshua Tipping, a physiotherapist at Royal Hampshire County Hospital, who received his nomination just one month after joining the Trust.

Joshua won his WOW! Award for helping a visitor who had fallen in the hospital corridor. He was quick to take the lead in ensuring the visitor’s safety and care, and communicated effectively with the emergency department to get her the treatment she required as quickly as possible.

Joshua said: “The whole situation really took me out of my comfort zone, but all I knew is that we needed to make sure the patient was well looked after, and everyone worked together and as hard as possible to do that.

“I never thought I would be nominated for an award. I was working as usual one day and suddenly I was being presented with a WOW! Award! It’s an incredible feeling to be recognised so quickly within a new place of work.”

Along with individual and team awards, milestone awards were also celebrated, with special presentations for the staff on wards F1 and F4 at Basingstoke hospital for reaching 50 nominations.