Pioneering liver cancer surgeon Merv Rees has been recognised in The Queen’s New Year Honours by being awarded an OBE. 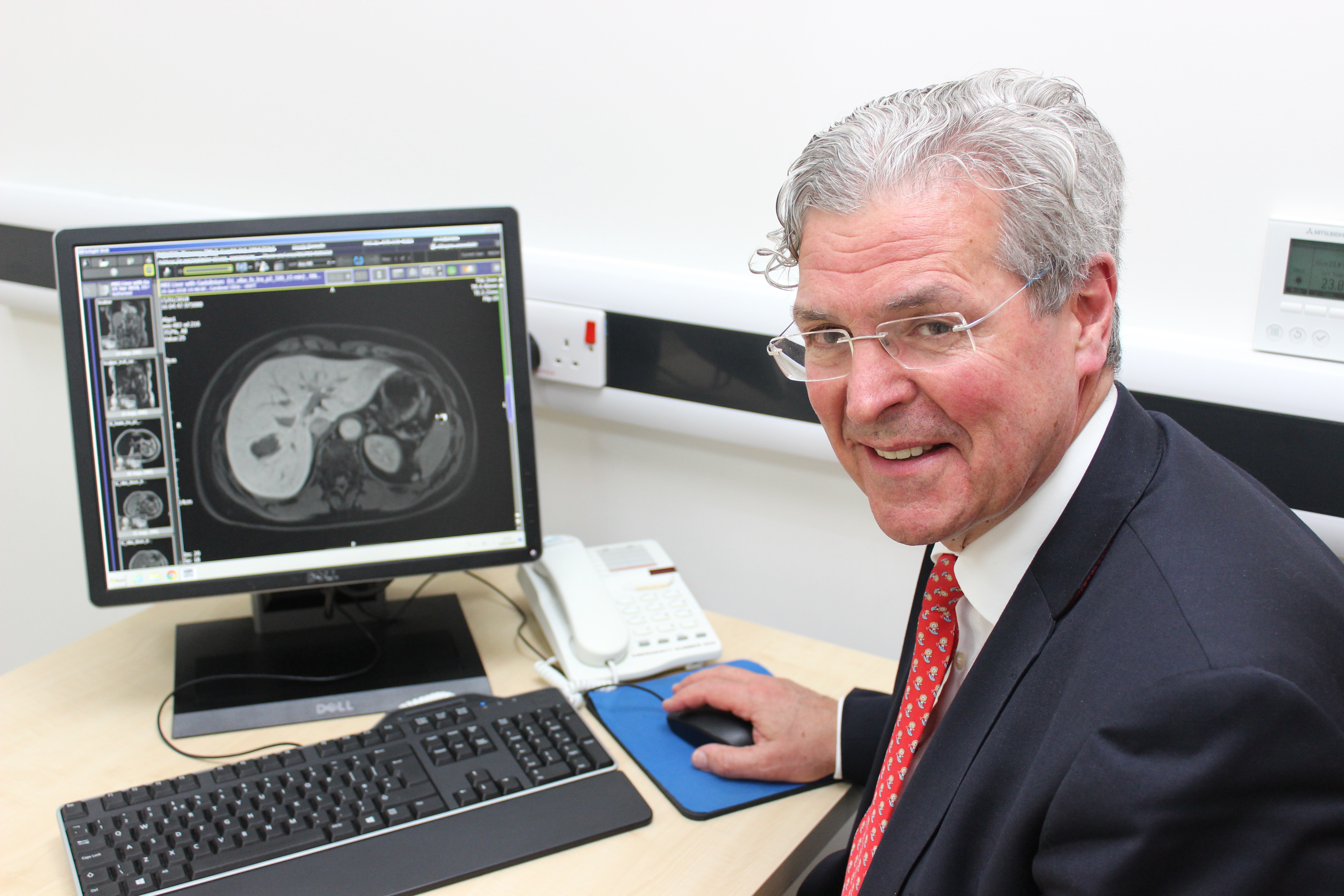 The world-renowned Hampshire Hospitals NHS Foundation Trust (HHFT) surgeon, who created a trailblazing liver surgery team in Basingstoke, has been honoured for his services to liver cancer surgery.

An OBE is awarded to people who have played a major role in a particular field or activity, and recipients include those whose work has resulted in them being recognised nationally in their chosen area.

In the 1980s, Mr Rees pioneered the procedure of liver resection in the United Kingdom when many medical professionals said that it could not be done. Liver resection involves the surgical removal of a part of the liver to remove cancer – liver cancer is usually a secondary condition that has spread to the organ from a primary cancer in another part of the body.

After learning about the bloodless operating technique from eminent surgeon Johannes Scheele in Germany, Mr Rees brought the practice to Basingstoke – a development that has drastically increased survival rates for patients, with well over 3,100 patients operated on to date.

Speaking about his OBE honour, Mr Rees said: “When I received the news, my first thoughts were about my team, the people I have worked with, and the thousands of patients we have been able to help over more than 33 years.

“From the outset, I was fortunate to work in a hospital in Basingstoke that supported innovation, and with colleagues throughout England who referred patients despite the scepticism of so many doctors.”

Father-of-three Mr Rees added: “This award is a great personal honour but at the same time, it is recognition of the outstanding work that has been done in Basingstoke by my liver surgery team colleagues Tim John, Fenella Welsh and Ben Cresswell.

“It is also testament to the amazing contribution of the anaesthetists, interventional radiologists, diagnostic radiologists, hepatologists, gastroenterologists, specialist nurses, the whole theatre teams, theatre recovery teams, intensive care and ward-based nursing teams, plus our loyal and hard-working secretarial and support staff here in Basingstoke, who I have worked with for more than 33 years.

“I am also grateful to all the clinicians nationally and internationally, who recognise our work and who have referred, and continue to refer, patients to Basingstoke over the years.

“I am honoured and grateful to lead, and be part of, an impressive team that has been able to have such a positive, and often life-saving, impact on so many people. We never forget that we are privileged to look after people with really tough problems, and we always aim to give them hope.

“I am grateful to everyone who has been involved in making Basingstoke a beacon of excellence for liver surgery. I am also thankful to the ­many wonderful patients who have supported the team’s work over many years. Their kind and generous backing has helped to fund vital equipment and research.”

Alex Whitfield, chief executive of HHFT, said: “I am delighted that Merv has been recognised in this way. Merv is a well-respected member of the HHFT family, and I know that so many people in HHFT and the wider Hampshire community will be delighted that he has received this wonderful and well-deserved honour in recognition of the pioneering and life-changing work that he has done over so many years.”

Steve Erskine, chairman of HHFT, said: “Congratulations to Merv on this well-deserved honour. He is one of HHFT’s longest-serving surgeons, and together with his colleagues, Merv has made such a difference to so many people’s lives. I am absolutely delighted that he has now received this wonderful recognition in the New Year Honours list.”

As well as being a leading liver cancer surgeon, Mr Rees, is a Deputy Lieutenant of Hampshire, and a trustee of Ark Cancer Centre Charity, The Pelican Cancer Foundation, and The Ark Medical Trust. He was a driving force behind the successful £7million fundraising appeal that led to the building of The Ark Conference Centre – a leading regional, national and international centre for medical education on the Basingstoke and North Hampshire Hospital site.

Mr Rees’ current fundraising focus is the Ark Cancer Centre Charity-funded interim supportive care unit on the Basingstoke hospital site, which will help and support cancer patients and their loved ones. This centre, which is nearing completion, is a significant milestone on the journey towards a new cancer treatment centre that will be supported by Ark and will be part of the new hospital for north and mid-Hampshire, being built between 2024 and 2030.

In 2016, Mr Rees, a proud Welshman who has co-authored more than 100 surgical papers that have been published in peer-reviewed scientific journals, received an honorary doctorate from University of Wales Trinity Saint David.

In July 2018, he and his HHFT colleagues welcomed around 300 former patients to The Ark Conference Centre for a special event which celebrated 30 years of pioneering liver surgery in Basingstoke.

PHOTO: Merv Rees has been awarded an OBE in the New Year Honours for his services to liver cancer surgery.