Members of staff from across Hampshire Hospitals NHS Foundation Trust were celebrated at a special WOW! Awards ceremony.

A lunch took place to celebrate 68 WOW! Award winners nominated by colleagues, patients or visitors between January and April for going above and beyond in their care for patients or how they work with the rest of the team.

An incredible 1,263 nominations were submitted within the four month period, showing the compassion, dedication and skill of staff across the entire Trust, which runs Andover War Memorial Hospital, Basingstoke and North Hampshire Hospital and Royal Hampshire County Hospital in Winchester.

Sharon Burrowes, a ward support worker at Basingstoke hospital, was at the lunch after she was nominated by the family of a young patient who were touched by Sharon’s kindness and her willingness to go above and beyond to make the family as comfortable as possible. 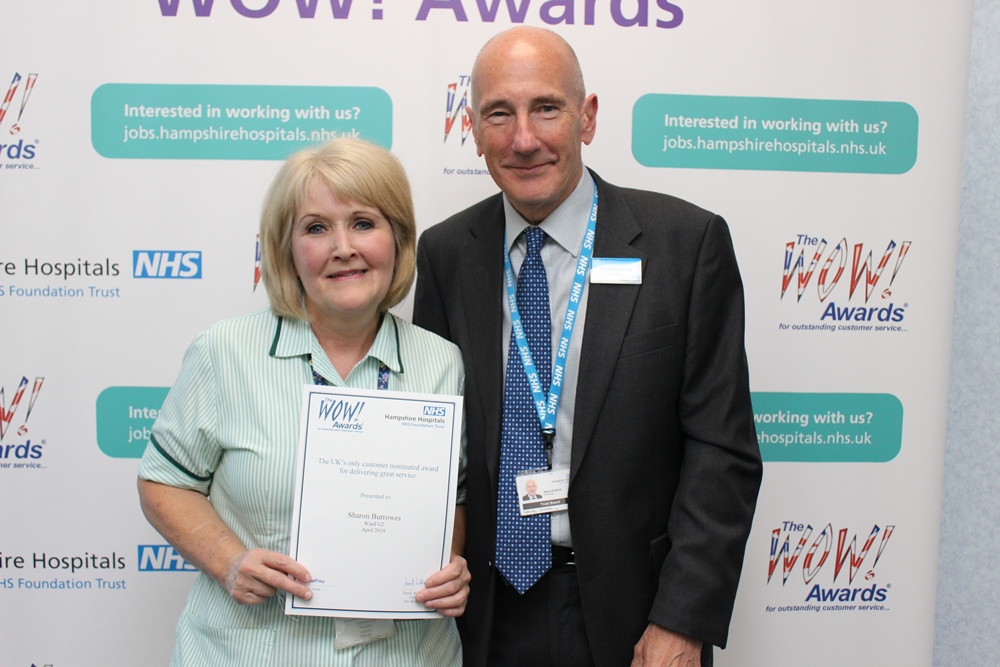 The nomination described Sharon as a “treasure” for how she did everything she could to make sure the entire family felt looked after whilst in hospital.

Sharon said: “It was a bit of a surprise to win a WOW! Award, but I am really grateful to the family for nominating me. I just feel like I am doing my job, so to win an award is really special.”

Clinical matron Suzanne Wood, who works closely with community partners, received two WOW! Awards at the celebration. Suzanne was recognised for the help and support she provided to a patient at the end of their life and their family, with the family member who nominated Suzanne saying she was their “guardian angel”. 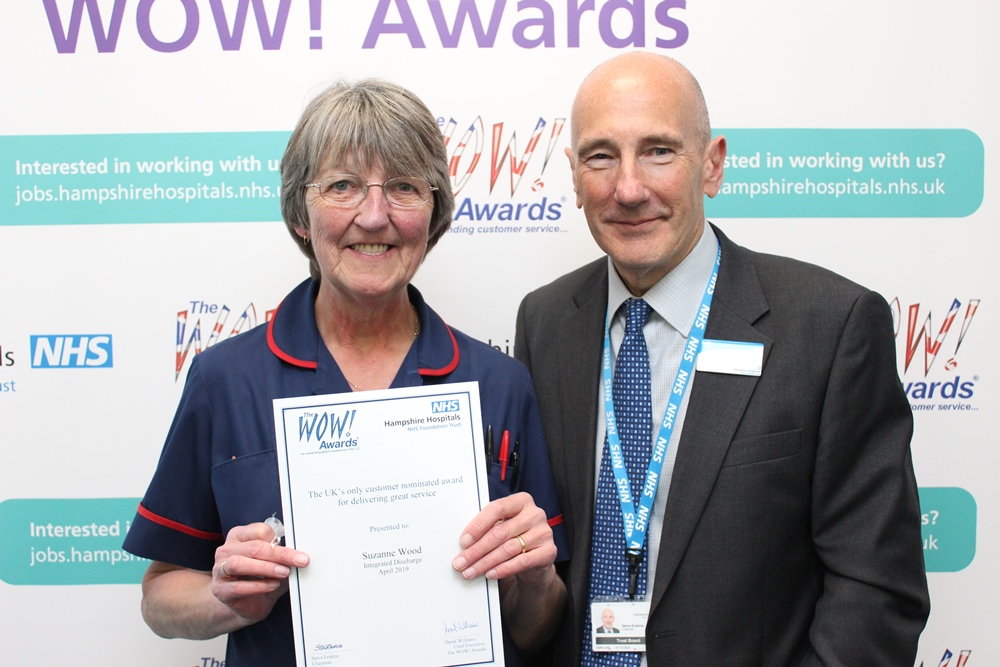 Speaking at the event, Suzanne said: “I am really overwhelmed to have even been nominated by the family after they had been through such a difficult time, but I was really glad to be able to help them make that situation a little bit easier. I am really passionate about making sure that we not only provide the best clinical care, but we are also there for our patients as an emotional support when needed.”

Suzanne was also commended for her essential role in supporting and promoting joint working between Hampshire Hospitals and other partner organisations. She added: “I’m really proud of the way we work with our partners, and we can’t do what we do alone.”

A number of wards were also celebrated for receiving an incredible number of WOW! Award nominations. Three wards at Basingstoke hospital have all received 50 nominations from patients, families and colleagues, whilst Kemp Welch ward in Winchester and ward C3 in Basingstoke have both received an outstanding 100 nominations.

Stephanie Power, a healthcare assistant on Kemp Welch, who was there to collect the milestone certificate, said: “We all work really hard and we are all like one big family on the ward, so it’s really lovely to know that so many patients and their families can see this and are happy with the care we provide.” 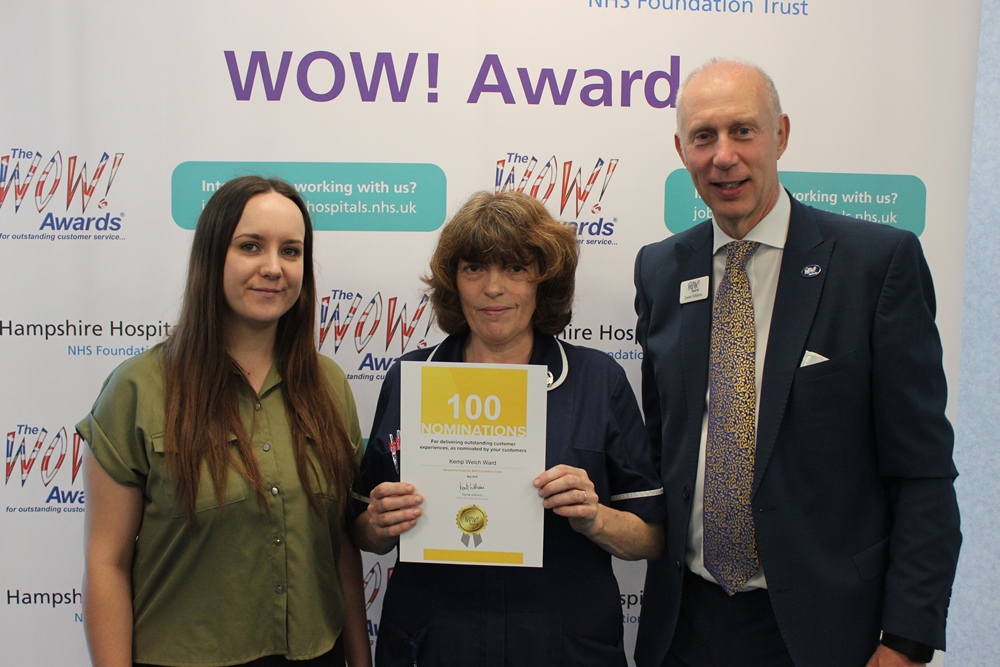 Staff can be nominated for a WOW! Award by colleagues, patients or visitors throughout the year, with a handful of winners selected by the Trust’s public governors each month.

Since introducing WOW! Awards in 2009, Hampshire Hospitals has received an incredible 17,276 nominations for staff who have made a difference in the workplace or have gone the extra mile to provide outstanding care for their patients.