Friends bare all for Wessex Ward

A group of ladies put their creative hats on and took their clothes off to raise money for the cancer unit at Basingstoke and North Hampshire Hospital. 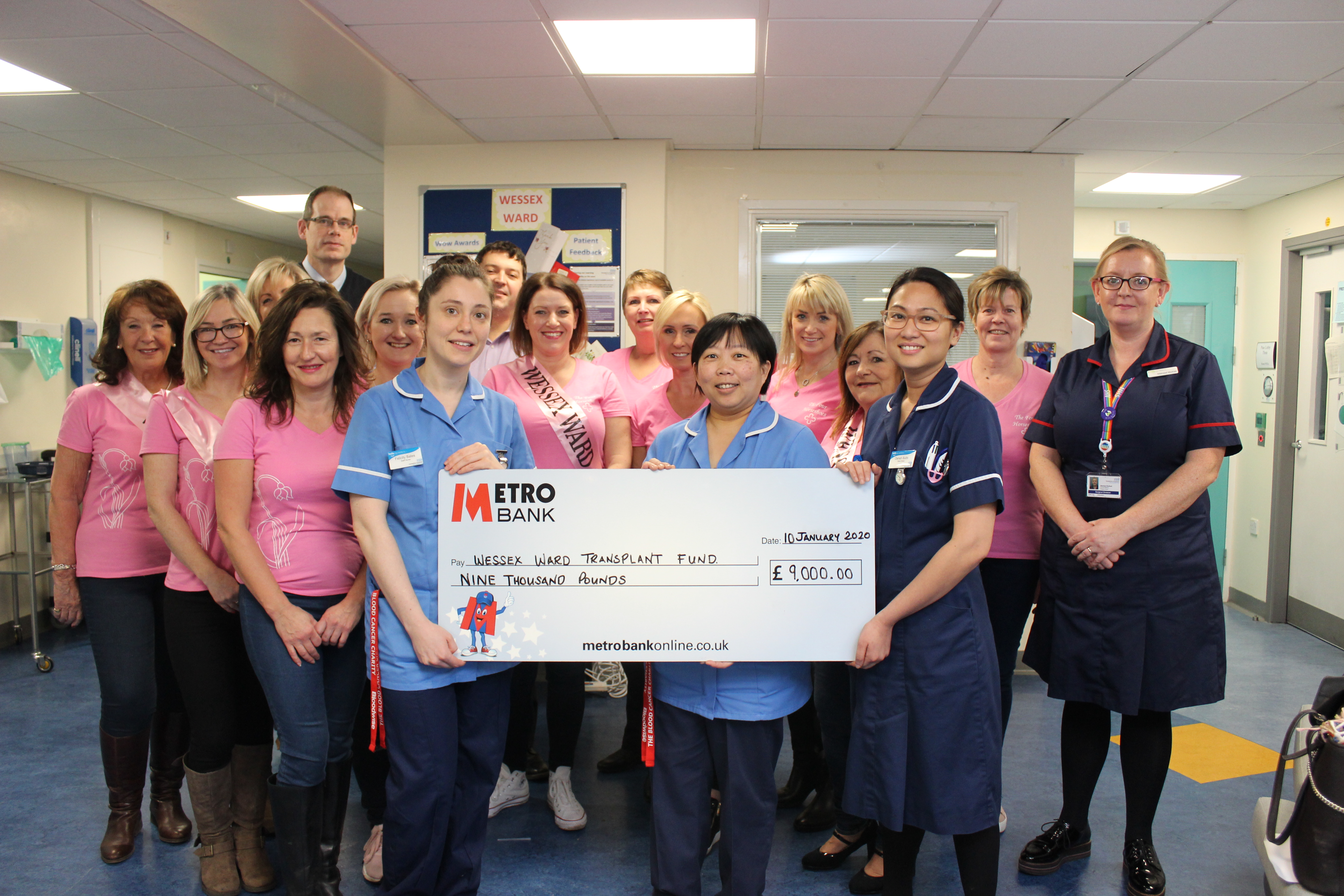 Known as the Loddon Lilies, the group of friends raised an amazing £9,000 by putting together a charity calendar-girl style calendar for The Wessex Ward with the help of generous donations.

The Wessex Ward and Basing Unit, which make up the Elizabeth Hall Centre, are where patients diagnosed with cancer have chemotherapy as either an inpatient or outpatient.

The Loddon Lilies sold over 400 calendars in six months, as well as hosting tombolas, cake sales and selling homemade cards at local events and pubs to raise money for the ward.

Jane Twomey, one of the Loddon Lilies who came to present the cheque to the ward, said: “We set ourselves a target of raising £5,000, so raising almost double that by the time we finished our fundraising in December has been unbelievable.

“When you’re raising the money you have a vague idea of how it will make a difference, but now we’ve come to the ward and spoken with the matrons and consultants, it has really opened our eyes to the difference this donation will make in ensuring patients on the ward are receiving the best possible care in the most comfortable way.

“It is clear that the staff on the Wessex Ward are proud to be caring for their patients, and the Loddon Lilies were honoured to present them with the cheque. It has been a fantastic journey and a lot of fun, we cannot thank those enough who have donated and shown support."

The money will be used to help the autologous bone marrow transplant project, which focuses on improving the existing side rooms to allow patients to return back to Basingstoke and North Hampshire Hospital after their transplant procedures to recover in a familiar environment.

Ordinarily, Basingstoke and North Hampshire Hospital patients that require stem cell transplants as a final stage of their treatment would have to travel to specialist hospitals in Oxford or Southampton, resulting in them being away from their family and friends for up to a month.

Dr Noel Ryan, consultant haematologist at Basingstoke and North Hampshire Hospital, said: “Becoming a satellite transplant unit with local provision of care would limit the amount of travelling for the patient and family, which would allow for increased continuity of patient care by having a team most well-known to the patient and family to support them.

“Staff will also benefit from becoming a satellite transplant unit as their knowledge about caring for patients undergoing a stem cell transplant will continue to develop.

“We are immensely grateful and humbled to receive this money for the ward, and to hear how much hard work and effort the Loddon Lilies had put in to raise it for us.”