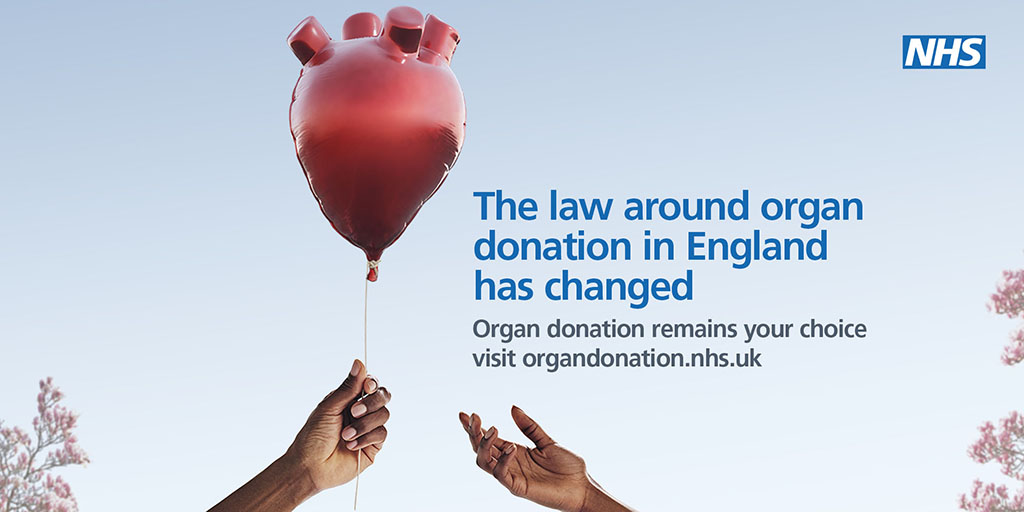 A year on from the law around organ donation changing in England, NHS Blood and Transplant and Hampshire Hospitals NHS Foundation Trust are urging people to talk to their families about organ donation to increase the number of people whose lives can be saved or transformed by an organ transplant.

Since the law came into effect on 20 May 2020, people in England are considered as willing to donate, unless they have opted out, are in one of the excluded groups [1] or have told their family they don’t want to donate. Similar legislation was introduced in Wales in 2015 and Scotland also switched to an opt out system in March this year.

Prior to the law change, around 80% of people in England said that they supported organ donation in principle, but only 38% had actually recorded their decision to donate. When asked, the majority said they just hadn’t got around to it.

Even though the law around organ donation has now changed, it is important to know that people still have a choice and families will still be consulted if organ donation becomes a possibility.

“While most people agree that it is important to talk to their family about organ donation, it is less likely that they will have actually had this important conversation.

“Even though the law around organ donation has changed, families will still be approached before organ donation goes ahead. Sadly, many opportunities are lost each year because families don’t know if their loved one wanted to be a donor or not.

“We are very grateful to Hampshire Hospitals NHS Foundation Trust for its support of organ donation. With organ donation and transplantation both heavily impacted by the pandemic, it is more important than ever for people to have the conversation and let their families know what they want to happen in the event of their death.

“Register your organ donation decision on the NHS Organ Donor Register and tell your family the choice you have made. If the time comes, we know families find the organ donation conversation much easier if they already know what their relative wanted.”

Find out more and register your decision by visiting NHS Organ Donor Register at www.organdonation.nhs.uk. Users of the NHS app can also use the service to register, check or update their preferences.