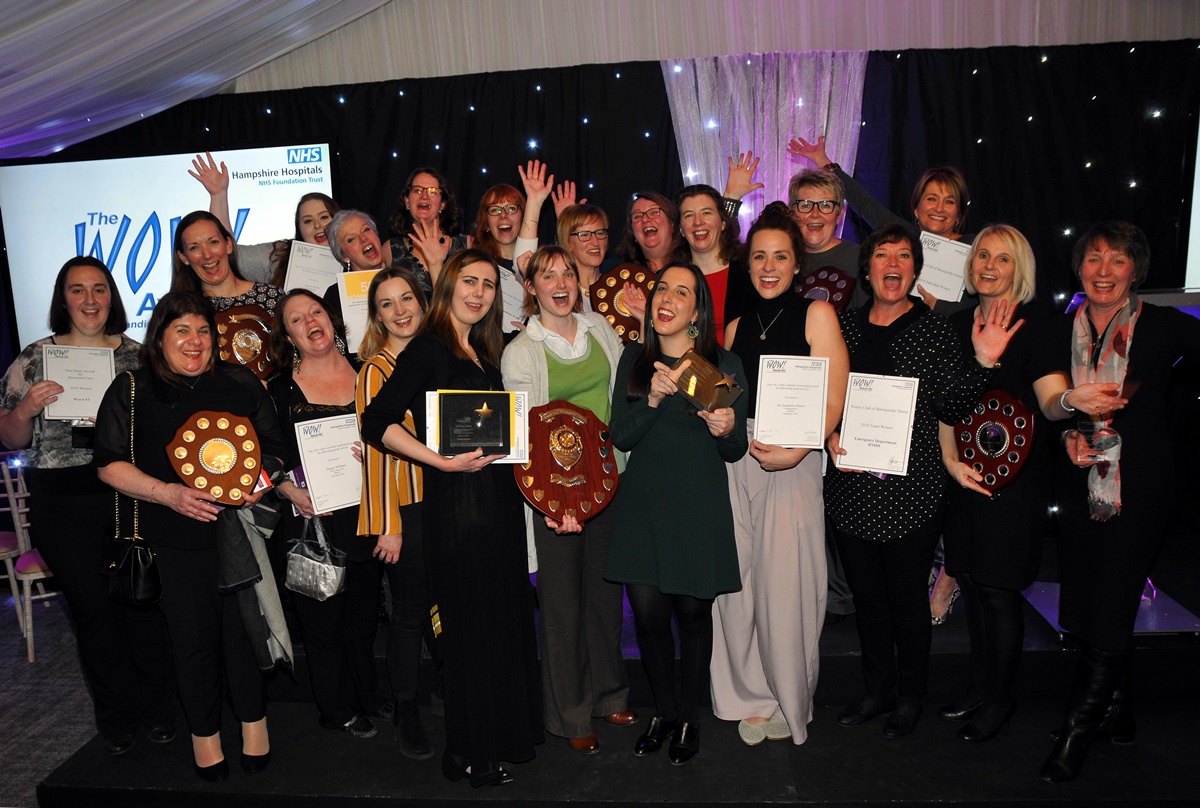 The special guest for the evening was Holby City actor Guy Henry, while the event was also attended by the Mayor of Basingstoke and Deane, the Mayor of Test Valley and the Mayor of Winchester as well as representatives from the Rotary clubs of Andover, Basingstoke and Winchester. Terry Watkins, who works as a sonographer, wowed the audience with an emotional rendition of Lean On Me.

The Trust’s overall WOW! winners for 2018 were announced, with awards handed out in 11 different categories. 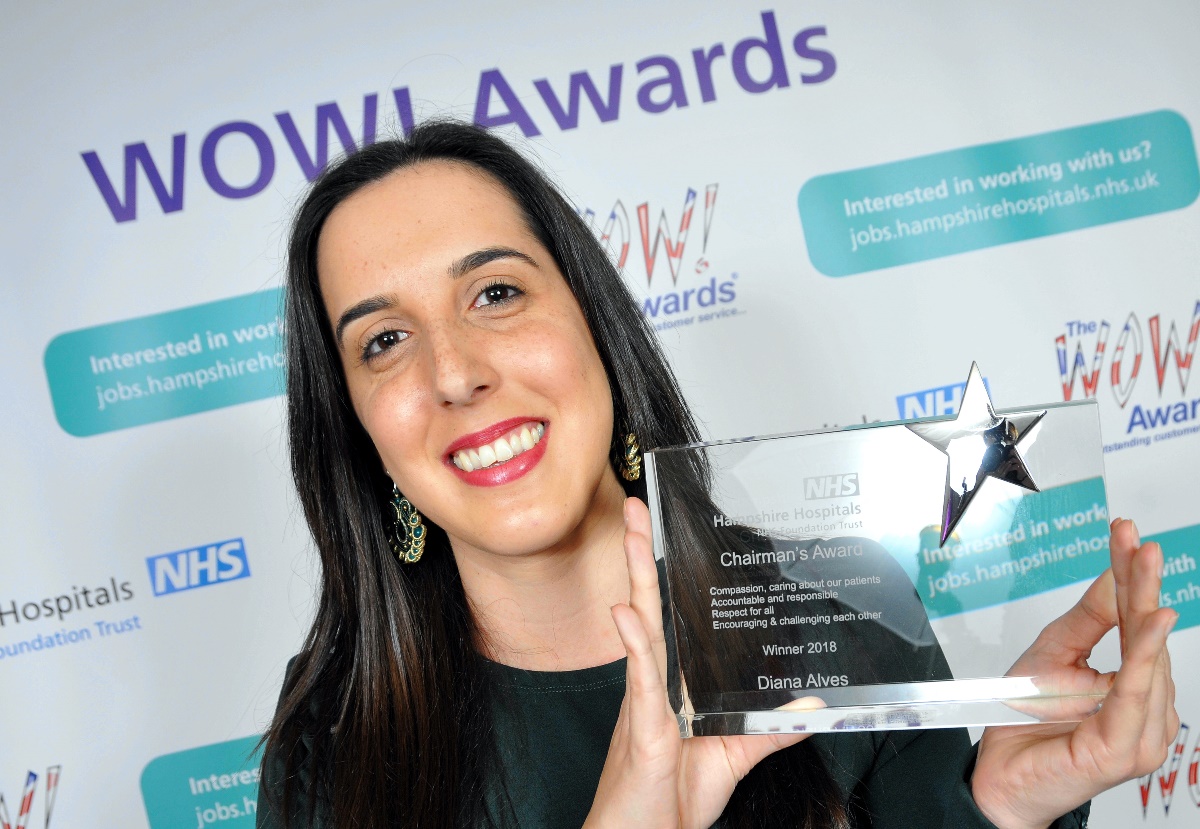 Diana Alves, a biomedical scientist specialising in coagulation, won the Chairman’s Award after showing amazing dedication to help ensure the safety of a patient.

Despite not being on call, Diana travelled in to the laboratory at Basingstoke hospital in the early hours of the morning and spent three hours carrying out tests that played a vital role in helping doctors to provide the most appropriate treatment for an emergency patient.

Diana said: “I did not think twice about getting up to help because I knew that we could not wait until the morning to carry out the tests. The consultants needed to begin the treatment as soon as possible and I was pleased to have been able to make a real difference for that patient.

“I didn’t expect to win tonight but I am absolutely delighted. People don’t always know about the important work scientists do in hospitals because we are hidden away in the laboratories, so it’s really good to get this recognition.” 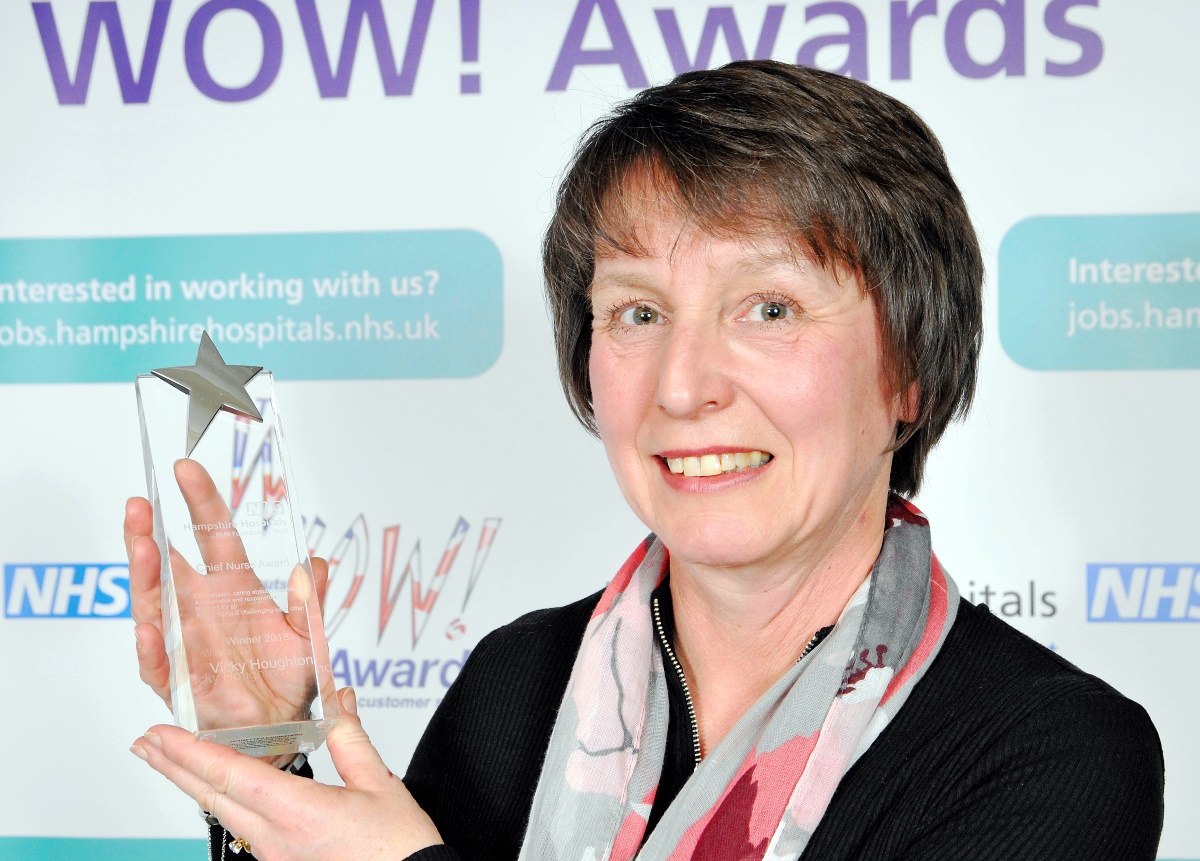 Vicky Houghton, a community children’s nurse based at Winchester hospital, picked up the Chief Nurse’s Award after being nominated by the parents of a child with complex medical needs who she has been working with for the last 15 years.

The nomination read: “Vicky has been our rock as we have journeyed through our son’s childhood. Without her, that journey would have been so much more difficult. She epitomises all that is best about the NHS – never failing to go well above and beyond what is required.  She is exceptional!”

Vicky said: “This family mean a lot to me because I have been working with them for such a long time. It was a privilege to work with this boy as he grew up and turned into a lovely young man.

“What the nomination said about me is amazing and it sums up what I try to do for all of the children I work with, so I’m really proud.” 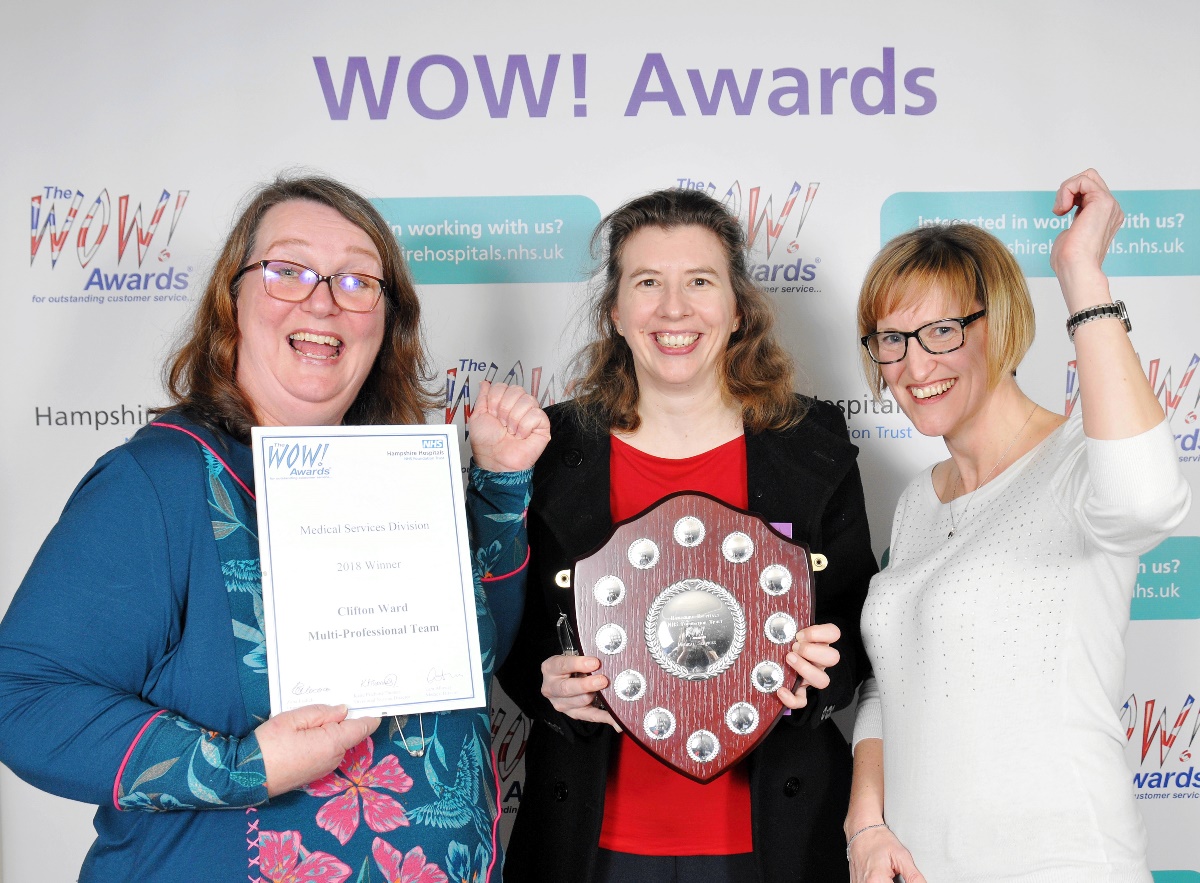 The entire team of doctors, nurses and therapists working on Clifton Ward at Winchester hospital picked up the Medical Services Award for their treatment not only of a 92-year-old patient coming to the end of his life, but also his family.

The nomination read: “All the staff on Clifton Ward were friendly towards our father, treating him with respect and dignity throughout his stay.  Because of their compassion, care and teamwork, we feel his final passing was as peaceful and painless as possible.

“My sister and I consider the care, respect and dignity that they gave our father, and the compassion and support they provided to the whole family was outstanding.”

Carol Carle, a senior sister on Clifton Ward, said: “I am very proud of the whole team. Everyone was mentioned in the nomination, which was really nice and shows that we have a great team.

“We are committed to making sure that we offer the same high standard of care for all of our patients and their families. The fact that this nomination came from a family who had gone through such a tough time made it even more special.” 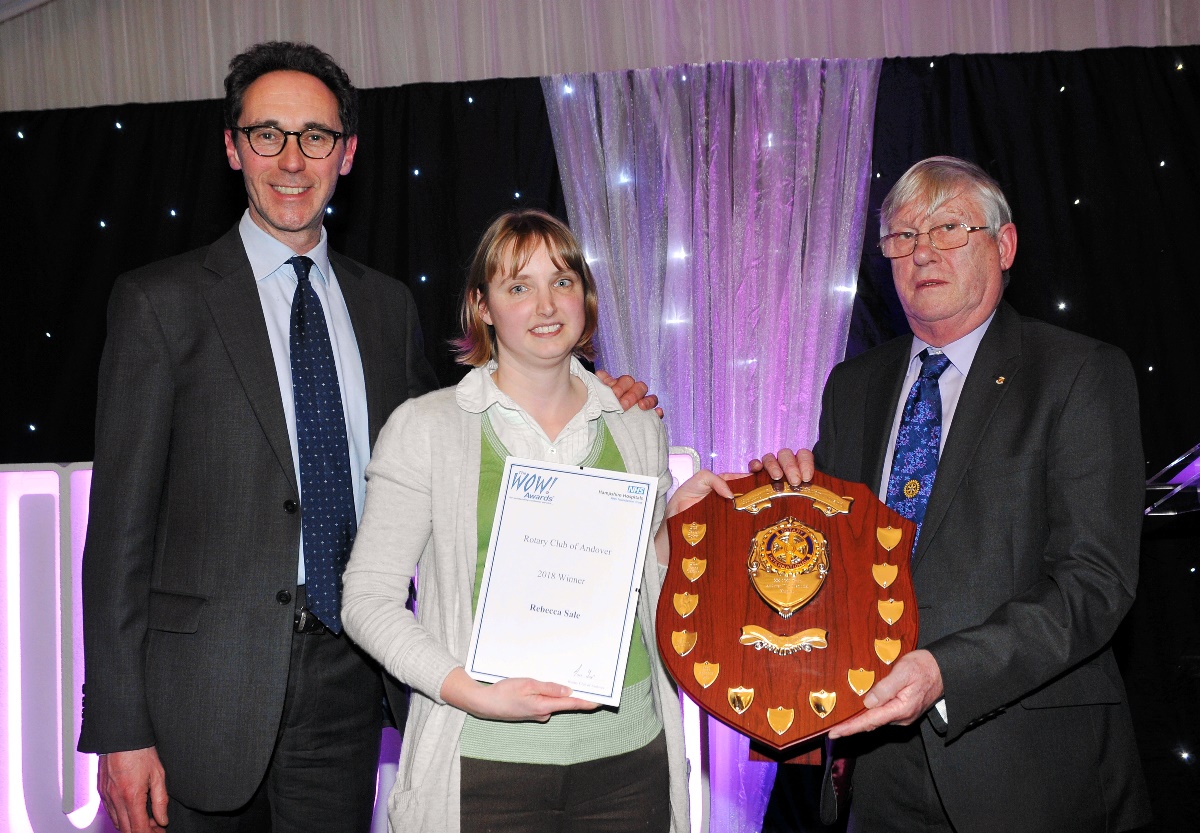 Rebecca Sale, an occupational therapist working on Kingfisher Ward at Andover hospital, won the Rotary Club of Andover Award for the work she did to help a patient to get back to health, encouraging her to push herself while also knowing when she needed to stop.

Rebecca said: “It’s really special to have been nominated by this patient for the work I did with her.

“I’m really proud to have won this award. I love my job and it’s great to know that what I do is appreciated.”

Other winners included radiographer Franklin Olihe, who comforted an anxious patient by singing with them, Dr Victoria Pereira, who did a fantastic job during a particularly busy night shift and domestic assistant Aniko Kerek, who is not only an amazing cleaner but also helps to cheer patients up by talking to them as she works.

Over the course of 2018, the Trust received 3,514 WOW! nominations for staff who had made a difference to someone by exceeding expectations or going the extra mile.

Staff can be nominated for a WOW! Award by colleagues, patients or visitors throughout the year, with a handful of winners selected by the Trust’s public governors each month.

Steve Erskine, chair of Hampshire Hospitals NHS Foundation Trust, said: “It’s a privilege to be here working in the same organisation as all of you.

“You are all magnificent, fantastic, brilliant! That is why your patients and colleagues have taken the time to nominate you for these awards and what makes us the organisation that we are."